First Lady Melania Trump (R) tweeted about the legacy of her BE BEST initiative. You can see it here … [+] with a turkey and her husband US President Donald Trump. The turkey is the one with the feathers. (Photo by MANDEL NGAN / AFP via Getty Images)

With around 3,070 minutes in US President Donald Trump’s administration, the word “legacy” is getting tossed around more and more. In itself, the word “legacy” is neither positive nor negative. Dictionary.com defines “legacy” as “anything transmitted from the past, such as from an ancestor or predecessor”. So this can range from a welcome gift to a fart to something worse. “Legacy” is a word First Lady Melania Trump used in a tweet Friday when referring to her signature initiative:

So what should “BE BEST” be? The initiative’s website describes the mission: “To focus on some of the main problems children face today, with the aim of encouraging children to be the BEST in their individual path while understanding the importance of the social to teach emotional and physical health. ”At its core,“ BE BEST ”is intended to be a health initiative that focuses on three main pillars: wellbeing, online safety and opioid abuse. 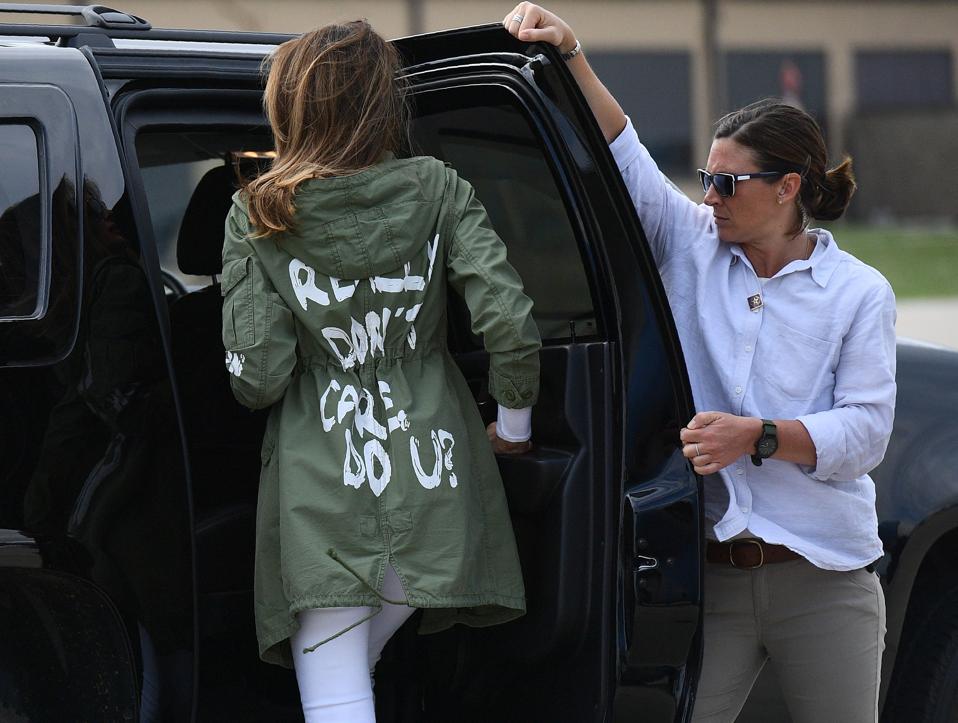 American First Lady Melania Trump leaves Andrews Air Rorce Base, Maryland on June 21, 2018 with a … [+] Jacket that says “I really don’t care, right?” after her surprising visit to migrant children on the border between the USA and Mexico. (Photo by MANDEL NGAN / AFP via Getty Images)

Each of these three pillars is certainly a worthwhile topic. “Well-being” is generally a good thing, certainly compared to “being bad” and “feeling unwell”. It’s a broad concept. According to the Centers for Disease Control and Prevention (CDC), “Well-being is a positive outcome that matters to people and many areas of society as it tells us that people are realizing that their lives are going well. “Many things can affect your wellbeing. For example, experiencing racism would negatively impact wellbeing, especially if you feel that nothing is being done about racism, or worse, if those in power appear to condone racism. That would definitely not be the best. Another thing that could be detrimental to wellbeing would be something like a pandemic spiraling out of control. Dying from a viral infection would affect your well-being.

Has children’s wellbeing improved since 2016? Do you feel better, more optimistic and more positive than four years ago? Do children who are racially minorities such as blacks, Latinos, and Asian Americans feel more or less equal with American society? Are children more hopeful that major society problems such as climate change and pollution, as well as prosperity and social inequality, will be addressed? The answers to these questions will help define the legacy of the first pillar of “BE BEST”.

The second pillar of “BE BEST”, the opioid epidemic, is undoubtedly bad. It has been a major public health problem in recent years. The “BE BEST” website lists among its accomplishments a meeting with Congress to promote SUPPORT Act legislation, make comments, and attend an opioid town hall, visit hospitals, and participate in round tables across the country Opioid Summit of Justice in cooperation with the DFC support program (Drug-Free Communities) of the Office of National Drug Control Policy (ONDCP) to prevent the use of juvenile substances and to raise awareness of the consequences of illegal drug use and to organize a round table in the White House .

These are all positive steps. Even so, the opioid epidemic has remained an unsolved problem. It hasn’t received that much attention lately because it has been overshadowed by things like the Covid-19 coronavirus pandemic and the seemingly endless challenges facing the 2020 presidential election. Obviously, being overshadowed doesn’t mean the problem is gone. That would be like covering up the stain in a carpet by pouring several gallons of crude oil on it.

Then there is the third pillar: online security. As more and more children spend time online, this is a growing problem. Who knows how children can be affected when adults (or people posing as adults) use terms like “loser” and “horse face” when attacking people? Misinformation disseminated online can also hurt. For example, imagine someone using the word “China virus” to describe a virus that already has an official name like the Covid-19 coronavirus. This could mistakenly convince children to be afraid of or to choose someone who appears to be of Asian descent. For this reason, the World Health Organization (WHO) has established guidelines that urge people not to use racist, cultural or national references when naming new infectious diseases.

It is definitely good to pay more attention to online safety and cyberbullying. As they say, the first step in solving a problem is to admit that there is a problem. The second step is to get everyone you know well, such as your family members and friends, to address the problem together.

Has “BE BEST” helped to reduce cyberbullying? Well, recently, some social media companies have taken steps to block the accounts of certain people accused of inciting violence. In fact, in the following thread, @EdbrohamLincoln thanked the First Lady for Twitter for banning someone named @realDonaldTrump’s account for violating Twitter rules:

As Rachel Sandler wrote for Forbes on January 8th, Twitter has blocked @ realDonaldTrump’s account “because of the risk of further incitement to violence”. Twitter accounts like @realDonald Trump had millions of followers. One way “BE BEST” could promote online safety would be to get such accounts to tweet more harmonious and peaceful messages, such as clearly condemning racism of any kind and emphasizing that all people are treated fairly and fairly should have equal opportunities. But sadly, there are only about 3,070 minutes left in the Trump administration, and the first lady only had three years and eleven months and a few Scaramuccis to push for such changes. 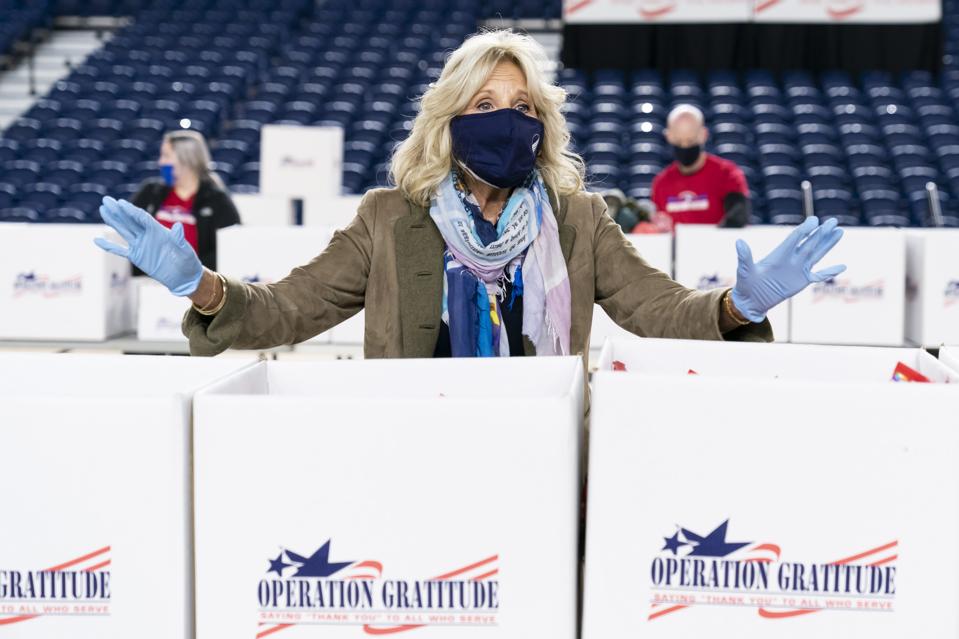 As soon as Dr. Jill Biden will be the First Lady on January 20th, she can of course choose whether she wants to continue to be “BEST” or instead in other directions. For example, Dr. Biden, who works as Dr. because she has a PhD, an initiative called “BE BESTEST” or “BE BESTIES” or “BE YOND” or “BE YONCY”. So far there is no clear evidence that Dr. Biden will just keep doing what Melania Trump did. Biden has already announced that one of their initiatives will be reviving Joining Forces, a program originally launched in 2011 with then First Lady Michelle Obama. Apparently, Dr. It is best to announce the initiative before inauguration day.

How Movies Can Enhance Your Conversion Charge

The right way to be a Accountable Dad or mum

Learn how to Use Social Media for Small Enterprise: 12 Easy Suggestions

Why the very best social buyer expertise begins with teamwork

The way to Use Instagram’s New Stay Rooms Function

The right way to be a Accountable Dad or mum

Every thing You Want To Know

Perpetual Visitors | Episode 295: How ‘The Train…

Learn how to Use Social Media for Small Enterprise: 12 Easy…

Use these methods to spice up your web site site visitors…