Edward Centeno was hit in the face by a stranger with a metal stick in January 2017. His upper jaw (the bone that holds your teeth) was broken. He lost a tooth and another is now crooked. Centeno didn’t know yet, but it was the best thing that has ever happened to him. In the months that followed, Centeno cared for a split lip that would eventually require plastic surgery. “I was just so depressed, there was nothing I could do.” 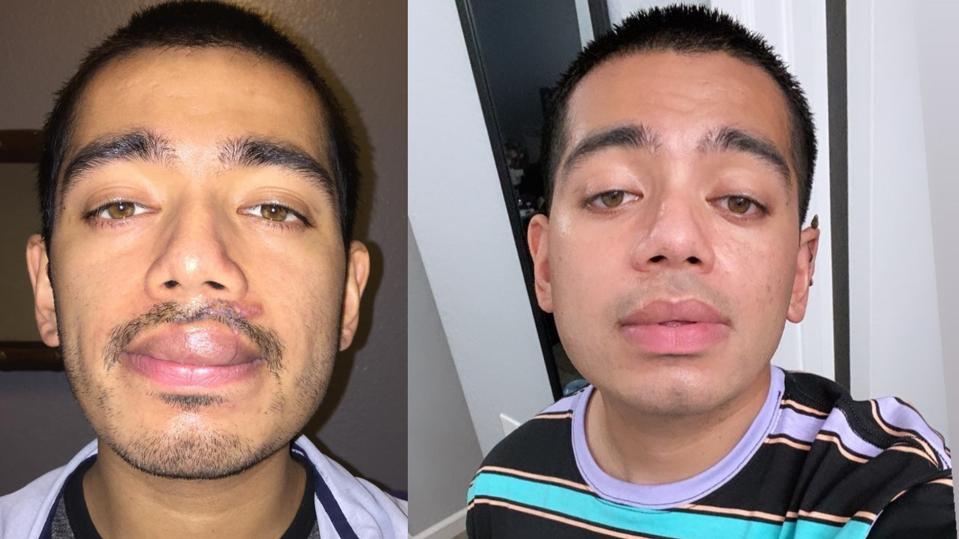 Left: Centeno weeks after the blow with a metal stick in 2017. Right: Current day

Centeno filled his free time with screen time and plunged into a rabbit hole with YouTube videos about arcades and carnivals. From secrets to how certain games work to tips on how to win lots of tickets: “I’ve only watched a lot of videos of claw machines. Then I thought to myself, why do I always watch videos of claw machines? “While his lip was healing, he mentioned to girlfriend Nicole that not many YouTubers were making videos in the arcade niche. “Just like PG-13 guys did these videos, not punk rockers. Nobody likes us. We should be doing these kind of videos and if we target more adults people will follow us. ”

Centeno and Nicole have started their own shared YouTube channel called Arcade Craniacs for their videos, which are mostly claw machine gameplay. “You don’t have to be a kid to play arcade games. When Carnival came to town, we decided to shoot videos of Carnival games as well, as there are only five to six different channels in the arcade community. ”

Her carnival video was the first to draw really new viewers onto the channel. They added carnival videos to their niche, and YouTube subscribers continued to creep in. “It was an easy title that no one had really made before. Since the arcade community is quite small, we quickly found ourselves different by targeting our video to adults who enjoyed claw machine and arcade videos. ”

The couple continued to make these type of videos without much thought or schedule, posting them about every three weeks. “I didn’t try at all in the beginning and that is one of my greatest regrets. I didn’t look at any numbers either. We both didn’t really care about analytics back then. ”

Centeno didn’t have a camera, he recorded and edited all of his videos on an iPhone. “I did that up to our first 100,000 subscribers. I always tell people you don’t need an expensive camera. Have really good content and you are solid. “It would take him less than 30 minutes to edit his videos just to cast and cut the clips in iMovie.

Around August 2017, Arcade Craniacs were monetized on YouTube so that they could make money directly from their videos. “Somehow I took it more seriously.” This was followed by two years of moderate YouTube success with many arcade videos that brought Centeno and Nicole to over 200,000 subscribers in 2020.

In April 2020, when Covid-19 closed arcades and carnivals around the world, the station looked bleak and Centeno was worried about the future of its station. “Before the pandemic, we made 40,000 to 50,000 views and that was really good for us. But when we ran out of finished videos to post, we were devastated and our channel began to die. “Months earlier, Arcade Craniacs had attracted well over 30,000 subscribers per month, but as of June 2020, their channel had not seen more than 2,000 subscribers that month.

YouTube livestreams with dedicated fans added support and gave the couple some new content ideas. Centeno had built a following on his TikTok and started getting people back on their YouTube. They tried mystery boxes and a few challenges, and had some success with an average of 60,000 to 70,000 views on YouTube, mostly from Centeno’s TikTok. “It was fine, but I felt like it was some kind of scam and the channel still felt really dead.”

One day in July 2020, there were rumors about Chuck on Twitter. E. Cheese goes bankrupt because of the pandemic. Centeno has always been a big fan of the pizza arcade with rodent animatronics. So much so that his family called him “Chucky”!

Centeno mentioned the rumors to Nicole, who also ran a second YouTube channel around her. They filmed a few videos about Chuck E. Cheese and noticed a huge surge in views on their channel. It was decided that they should try making a Chuck E. Cheese video for the main channel, and as it turned out, the video began to transition to its current content. 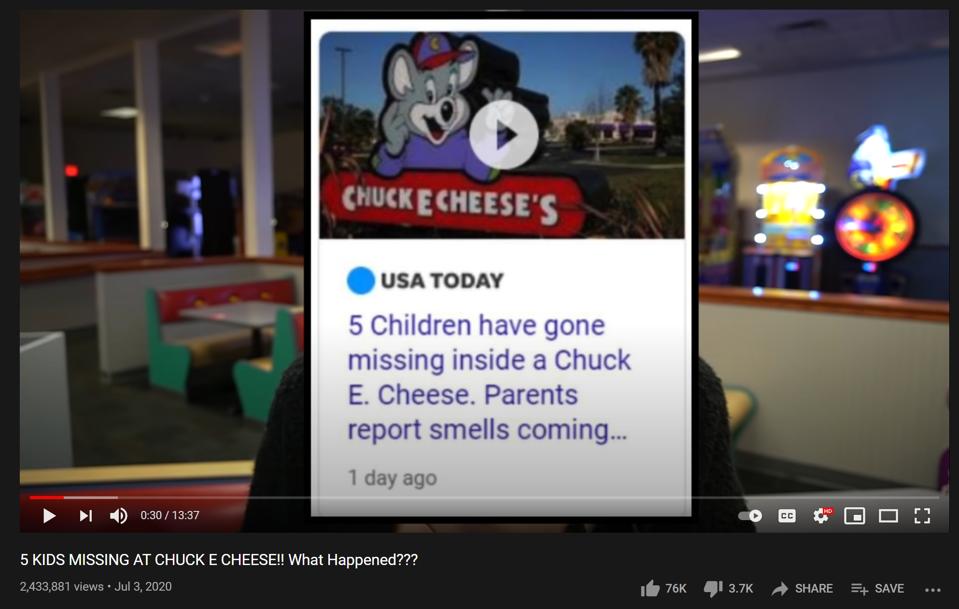 A screenshot of the 5 children from Arcade Craniac who are missing at Chuck E Cheese.

A YouTube video at 3 a.m. is known as a clickbait tactic popularized by YouTubers’ infamous pranks. The viewer about the true content of the video with a title like “OH MY GOD – OBAMA called me at 3 AM ???” lie. The quality of success was so constant that a small community of 3 o’clock in the morning YouTubers emerged, who only created content with “3 o’clock in the morning” in the title of the YouTube video.

It is easy for an outsider to mistake an Arcade Craniacs video for one of those serious 3 o’clock videos that tries to convince viewers to click on the video by lying to them. But what makes their channel different is that none of their videos are technically a lie. Arcade Craniacs have perfected a unique sense of humor that can only be described as “ironic clickbait films”.

Taking a similar approach to his comedy, Tony Zaret creates skits and sketches that are about asking the viewer whether the video is ironic or not. That fine line of ironic humor is hard to find on the internet, but Arcade Craniacs is one of the rare creators who definitely figured it out.

The first clip from the video above, in which a drone camera catches a red scammer from Among Us Skateboarding, was recently blown up on Instagram as a popular video on repost meme accounts. The more eye-catching and incredible the title and thumbnail, the more it challenges the couple to be more creative and ultimately produce higher quality films.

Other platforms and viewers, unaware of the psyche of these two creators, often make fun of the couple without being aware of their true creative intentions. While their YouTube audience makes the joke that the title and thumbnails are as click bait heavy as possible. The quality of the acting, detailed costumes and semi-realistic props help create a cinematic universe that fans unironically enjoy in the publicly unpopular YouTube niche at 3 a.m. It’s a refreshing change from the 3 o’clock niche aimed at kids. 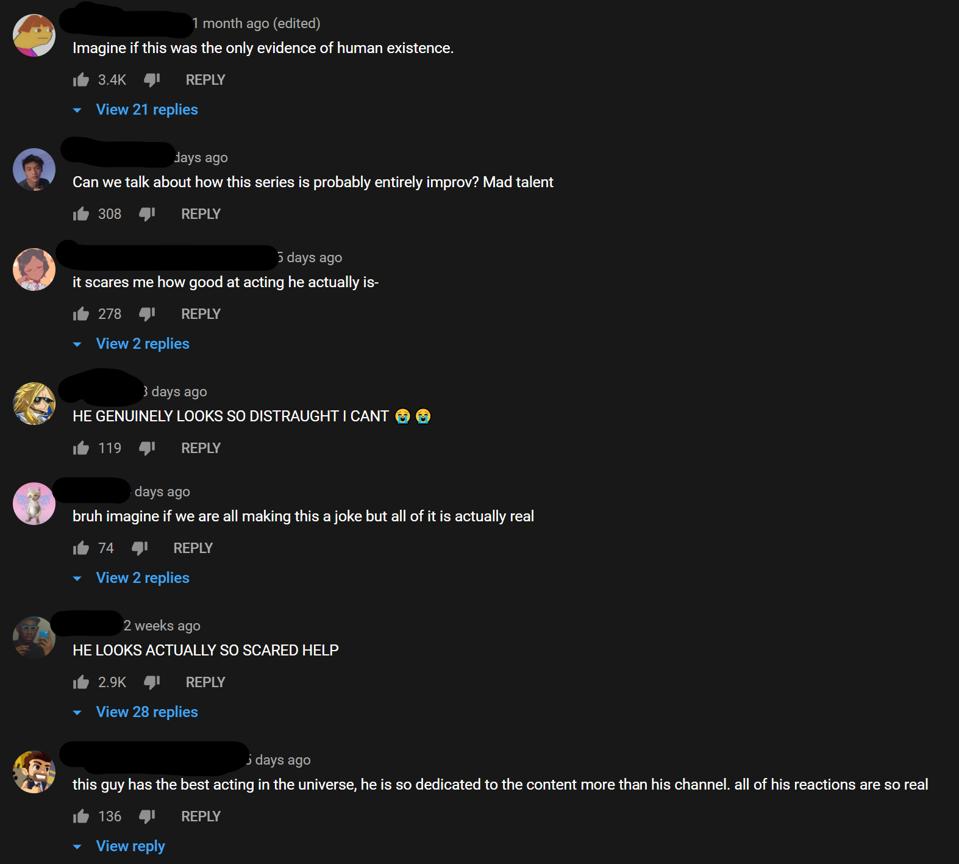 Most importantly, this new type of content has boosted the growth of their channel enormously, bringing the channel to over 1.3 million subscribers. Centeno says finding a niche was key to amassing his following. “Let’s talk about 3 a.m. videos. Is there any competition? Can you get views Yes. You want to stay in something where you know there isn’t a lot of competition. Video games and makeup? Forget it. “

The conversation has been edited and condensed for the sake of clarity.

How to Protect Your Mental Health as a Social Media Manager